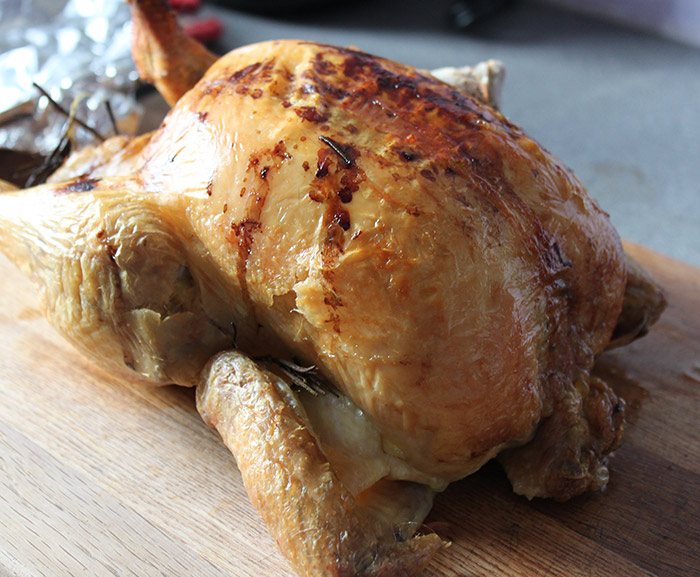 Another Sunday another lazy blog post. This Sunday we had Matt’s Dad round for lunch. I have made this roast chicken a couple of times before using thyme, but since I now have a rather large rosemary weed I used that instead. 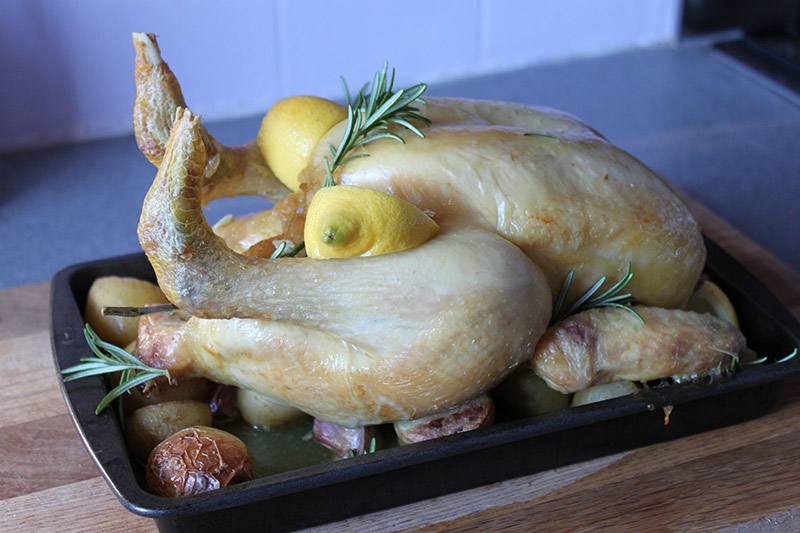 The chicken is cooked for the first hour under a tent foil with some potatoes, stock and wine. The foil is then removed and lemon wedges and rosemary were added to the roast and cooked for another hour. Then the last stage is wacking the temp up on your oven to get a lovely crispy skin.

It’s worked well for me every time, and is great for when you need to be running around tidying before guests. Or in my case making an Apple Pie 🙂 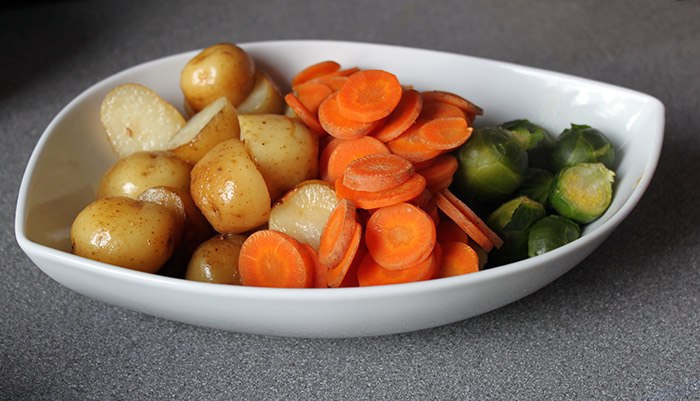 I served it this time with some traditional veg (potatoes, carrots and brussel sprouts) but I also think it would be perfect in the summer time with a salad.

I used this recipe for Foolproof Roast Chicken.

In the comments for the recipe a lot of people complain about lemony potatoes being disgusting, however I think one of the best things about this recipe is how the potatoes are infused with flavour. The gravy comes out wonderfully lemony as well, so you get a really tasty dish. Perhaps not traditional but you could probably have guessed that 😉

Meatballs in Tomato and Garlic Sauce